Now I remember why I hate smartphones

On Friday, I picked up a brand new Dell Streak from my local O2 store. It’s the first non-Nokia phone I’ve owned in more than a decade, and the first smartphone I’ve had for 5 years.

Since 2005, I’ve been something of an oddity in my profession, in that I’ve eschewed expensive gadgety phones in favour of something simpler. The most advanced feature I ask for in my phone has been ‘sync address book to PC’, right after ‘send text messages’ and ‘make phone calls’. It became a point of honour that I spent so little on them. My last phone cost £29.99 on PAYG in 2008, and in the intervening years I topped it up with £15 of credit exactly twice.

It wasn’t always this way. I used to have smartphones (such as they were at the time) even before I went to university. However, I got sick of them. It only took me a single weekend with my new one to remember why. 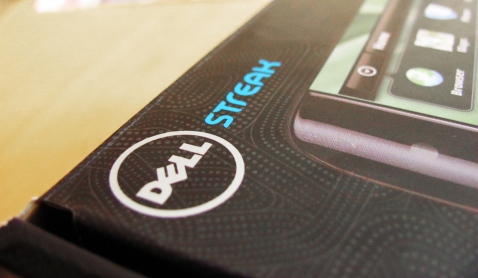 First off, let me say that I don’t actually hate my Dell Streak (at least, not yet). Engadget has a full review that does the device more justice than I could, but for my part I’ll say it’s a lovely bit of hardware. The higher screen resolution is what I’ve always missed on every smartphone I’ve played with in the last few years, the device responsiveness is extremely snappy, and I don’t regret my purchase at all. What I do regret is the 2 hours of my life I lost trying to get the wireless to work the way I wanted.

I don’t know what Zen mastery I was channelling when I first set it up, but I managed to get it to connect to my WPA2-RADIUS wireless at home without any problems, despite the problems an awful lot of people trying to do this on Android have had. On Sunday, however, I noticed that it wasn’t always reconnecting properly after coming out of sleep, so I altered the settings on my access point to drop down to WPA instead of WPA2.

At that point, it all went to hell.

Since then, I have not been able to get the Streak to connect via any form of wireless using RADIUS at all. I spent two hours re-entering settings, restoring the original config I used, restarting the phone and AP multiple times, until eventually I gave up. It wouldn’t even associate with the AP any more, let alone authenticate. I set up a separate SSID using WPA2-PSK and configured the Streak to use that. It works fine. And it even reconnects properly after waking from sleep.

Ultimately though, this reminded me why I stopped using smartphones; there’s always something that doesn’t sodding work properly. In the past, there was absolutely no way of fixing these things short of calling into the local Nokia Service Centre and convincing them to do a flash upgrade (which rarely helped, and on one occasion bricked my phone entirely). These days, on Android at least, I could root the phone and tinker around with the wpa_supplicant configuration and probably get it working. Here’s the problem though: I can’t be bothered. I have enough junk to tinker with and cajole into working properly at the office, without my own phone being one of them. It’s the same reason I stopped self-building my own home PCs and started buying Dell with a 4-year warranty (and when those have software problems, the most complicated it gets is a simple driver upgrade).

The bottom line is that I want my phone to just sodding work. The Dell Streak comes tantalisingly close, but I’ve yet to find a phone that isn’t a pain in the backside in some way.

16 responses to “Now I remember why I hate smartphones”